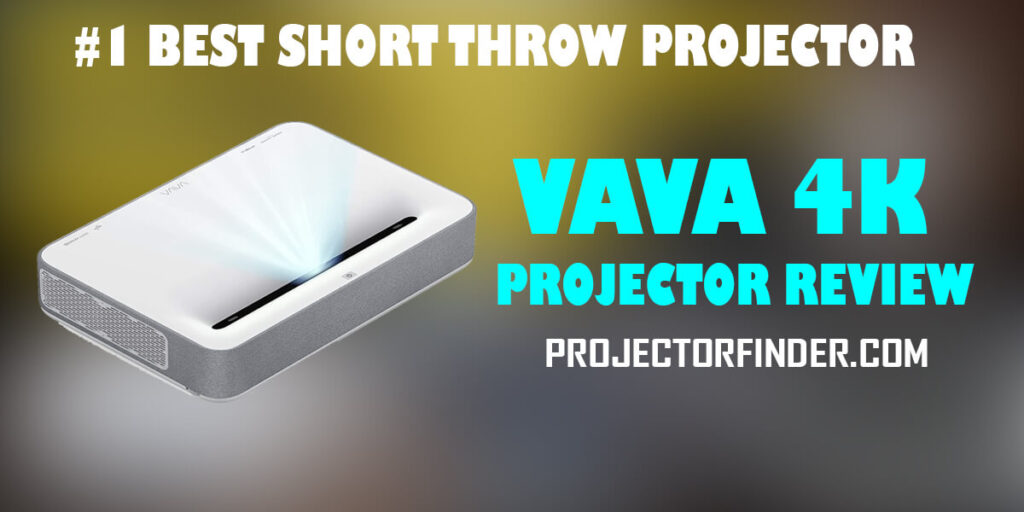 Let’s get a knock over the complete VAVA 4K projector review in its clearest detail!

Because you might have experienced hundreds of projectors and read countless f reviews, but we got one, but what we actually got for you is something unique and is known for delivering the best viewing quality.

Don’t look at its price because when you do, that is gonna clinch back your decision, but as I said, do not stare at the price, please.

Not just one, but it contains countless features that make it one clearly the best short throw projector you cannot find it out of the market EASILY.

Let’s get revealed with all the VAVA 4K UHD projector features, and we will open them up by reviewing it in depth. 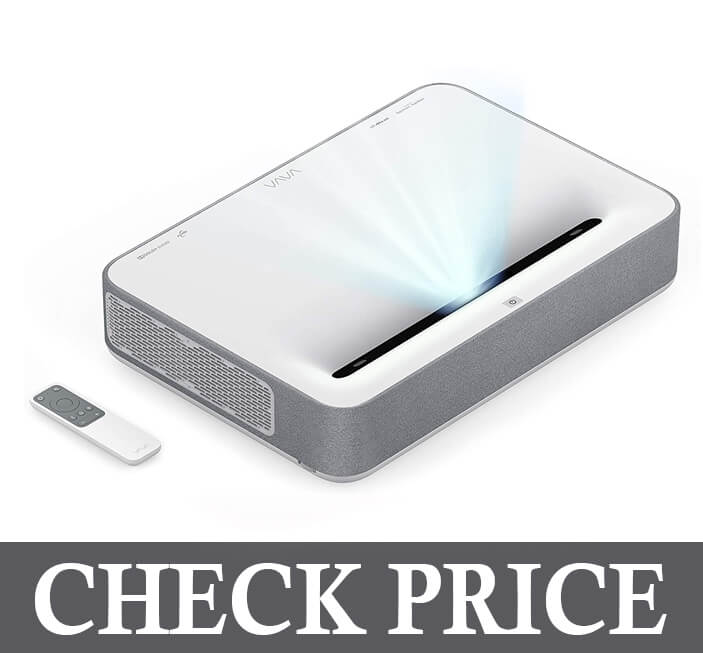 Experience something remarkable out of this exclusive and the detail-y review of what! Oh yeah! The VAVA 4K UHD projector!

And we have parted this detailed review into pieces, so stay with us.

Technologies used to put up VAVA 4K UHD projector, a.k.a., what it got!

Let me add no more bull(pits) here… Straight and simply get to the point of what VAVA 4K UHD projector got for its customers.

Comes with the complete projection system backed by the display type of DLP that is indeed a back-dated technology but still is dominant over the many latest and modern display types used in modern projectors.

And what is more surprising here is actually the inclusion of a light source that consists of an ALPD3.0 laser.

Installed with the smart system bearing the Android 7.1 software with the built-in memory of more than 32GBs and RAM to 2GB to handle all the apparent load for you to proceed with the desired/taken actions to reflect in no time.

Having a contrast ratio of over 300:1 (on ANSI) and up to 3,000:1 (FoFo) pushes the viewing ability to reach beyond the clearest level to throw the quality image out of projector light.

And the overall brightness of around 2,500 lumens @ 100% CLO or 6,000 lumens with the light source bringing the luminance uniformity to well over 88 percent, which makes the viewing perfect with the colour gamut of Rec.709 having backed by the throw rate @ 0.233 takes it to reach the projection screen size to well above 150” (the maximum it could gain.)

Not only that, but it makes it capable of being called as one ultra-HD (UHD) 4K projector to deliver the crisp and clear image with the never-experienced quality to stun your eyes with the level of it.

All in all, the viewing through this VAVA 4K projector is absolutely stunning to praise the quality it comes with. So, never EVER mean to expect to see the broken, blurry, or fading scenes when you are all set to watch your most favorite movies up on the bigger and wider screen!

Integrates with the motion detector while enabled with HDR10 and possessing the electric focus with the multi-screen to transform the projector the way you want (or desire) for yourself not to get forced to watch the content in one format.

4K display with the lens lasting to over 25,000 hours before even thinking about replacing it in years.

That is the part that shows the love granted by the manufacturer for how much it cares for its consumers to hook their precious, modern, and back-dated devices to work with it, the VAVA 4K UHD projector.

And here we got these…

So, that readies you up to plug-and-play many of your latest devices (some requiring a bit of tweak but do NOT feel terrified as only the back-dated devices would drag you into such a condition.)

Glad to be covering this part, the audio thing VAVA UHD 4K projector bearing is known to be quite impressive.

Having integrated with a massively powerful 60W of Harman Kardon speaker is too good to have! The quality and the bass mixture forms to present the outstanding audio experience where you are conversed from buying an external speaker system to accommodate the large pool of folks gathered around to watch the content and observe no one raising an issue to not understanding what’s been coming out of the Harman Kardon speaker.

Whereas the inclusion of Dolby Audio and DTS-HD add the share to love the audio forming out of the speakers.

And then it further simplifies the life by hooking the Bluetooth devices; having Bluetooth In is dedicated to connecting the phone to stream your favorite songs and other audio materials as well as the Bluetooth Out is included to hook in your Bluetooth speaker so whenever there is the need to set the external speakers, your any of the Bluetooth speakers would work down here.

Do not tell it would go skipped without mentioning what power it requires to form the quality image all the time.

And there we see it requires the continuous input of 100v to 240v in AC along with 50 to 60Hz while consuming the power of and around 360W which does not break any pixel or fade the content ever while bearing to emit the power consumption during the standby mode to well below 0.5W which is more like nothing is being consumed, so do not worry about putting it down during the intervals and let it move into the standby mode.

Did we miss the sizing deliberately? Of course, NOPE, as we had kept to reveal it a bit later.

Gladly speaking, this VAVA 4K UHD projector does not require a fixed and firmed installation to emit the image/content.

Place it right over the wooden table as close to the wall/projector screen as possible due to its lowest throw rate without hanging it over the wall/installing the proper rack on the roof to linger it all around. Even the person passing by in front of the projector screen would not be able to break the display for you because it is right close to the wall, after all. 🙂

What comes in the box?

And there we bid a farewell to the VAVA 4K Projector Review that we did in its utter detail (without the flench) to clear out the misconceptions in regards to what it contains and how ultra-short-throw rate it avails to be labeled as one sleek, smart, and the best short throw projector you cannot find its substitute with ease.

To me, it definitely is quite a task to find its replacement to the term for the short throw feature it got.

So, let’s take quick action, and I am sure that is gonna be your purchase decision to put up and possess a VAVA 4K UHD projector to have it placed in your home way before Christmas knocks on the door! 🙂