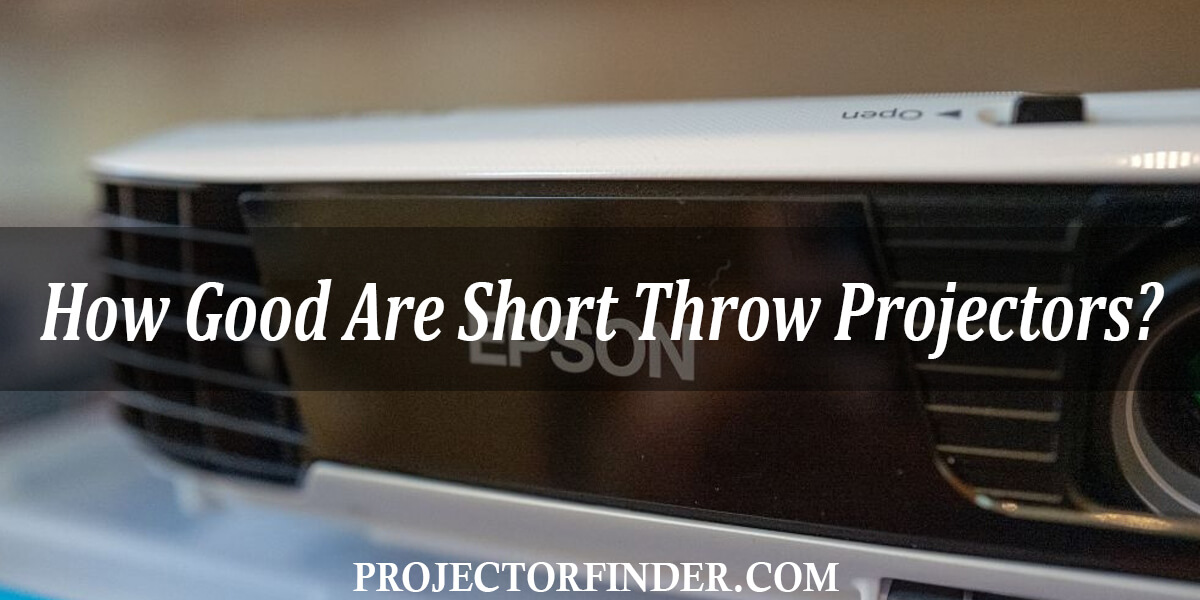 If you have ever gone to a market to buy a projector for your home theater, then you must have an idea of how wide the range is. From ultra-short-throw to long-throw to short-throw, the competition is getting wide with time passing.

You can’t underestimate the throwing factor of a projector. Your single mistake can waste all your investment. When deciding on the projector’s throwing capabilities, the thing you should consider is your room size. If you have a small room, then a short throw projector is what you need.

Okay, so you are thinking that does it worth investing in a short-throw projector? Or how good are short throw projectors? To this, many questions like this. The detailed comprehension is below. Scroll down to read.

What is a Short Throw Projector?

But why go short?

Your space issue is forcing you to go short. It is okay to have a long throw projector in a small room, but don’t expect it to deliver you high-quality crystal clear images. A long-throw projector, without a doubt, is a rock star in performance but only for big rooms.

Benefits of Short Throw Projectors – How Good They Are?

The ultimate benefit of using a short-throw projector is that you can enjoy cinematic fun at home.

The moment you use the short-throw projector for the first time and see the large-high-quality images on the screen, you will be like OMG! That is freaking crazy. To better understand this, you need to know the standard throw distance of projectors.

Are you one of those suffering from space issues but want to enjoy cinematic fun at home? Then waiting for what? When short-throw projectors are here, there is nothing to worry about. Nowadays, either it is about TV, mobile phones or projectors, the majority of the people prefer compact items? Do you know the reason why they do so? That is because compact gadgets are pretty comfortable to carry and use.

Why are you interested in investing in long-throw projectors when they can not give you high-quality images and consume enormous space? When it is about building the best home theater, your premium priority should be a short-throw projector.

The standard lumen rate of the short-throw projector is around 3000 lumens. But wait! Now, what this lumen rate is? The measured brightness rate is termed lumen rate. Determining the lumen rate while considering a projector is HELLA important.

We all know that school and college classrooms are small, and in small rooms, you can’t put a long-throw projector. Due to this, the short-throw projector is a must need for educational institutes.

We know the nature of kids. They love to investigate and interrupt new items they saw. If you put a long-throw projector in a classroom, then the whole time, you will be scolding them to stay away from the projector. The ultimate solution is to put a short-throw projector, eliminate the shadow big, display on a large screen, and enjoy crystal clear images.